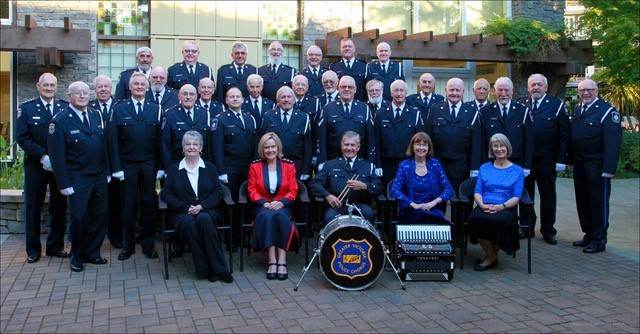 Save to your Calendar

Church of the Advent is delighted to present The Greater Victoria Police Chorus in concert on Sunday, March 8th at 2 pm. To purchase tickets, you can visit the parish office anytime Monday through Thursday from 9 am to noon. Advance tickets are $15, and $20 if purchased at the door. We hope to see you there!

On January 11 1984, twenty members of the various area police departments met for their first practice at the Victoria Silver Threads Centre. Their goal was to bring together officers from separate forces with one common interest – music. The Greater Victoria Police Chorus was founded and soon they were singing for schools, hospitals, charitable fund raising venues and public events. Greater Victoria Police Chorus is one of a few police chorus’ in western Canada.

The Greater Victoria Police Chorus is comprised of serving, retired and reserve police officers, plus some non-police performing members, all proud to be serving their community in this unique way. Officers from Central Saanich, Oak Bay, RCMP, Saanich and Victoria City and the former Esquimalt forces initially formed the chorus.  They have since been joined by officers from the Royal Ulster, Royal Hong Kong,  Cheshire,  Leicester City, Toronto, Shelbourne, Orangeville, Regina, Calgary,  and Edmonton police forces.  They are all united through their love of music, and have built relationships that are both professionally and personally satisfying. Although sanctioned by the area police chiefs, the Chorus operates independently and without any remuneration from the departments we serve.

The Chorus has toured parts of Europe on four different occasions, and has sung in historic cathedrals in the Netherlands, Wales and England. They were the hosts of the first International Police Music Festival in Victoria in 1993, and again in 2000. The Chorus regularly performs in all denominations of churches, senior citizen centres, hospitals, civic and charitable events and government venues. As a registered non-profit society, the Greater Victoria Police Chorus  raises it’s operating expenses through donations, sponsorships and the sale of Chorus memorabilia and CD’s. Beyond meeting our financial needs, the Chorus has proudly raised funds, that have been donated back to various organizations which we performed.

Subscribe to receive email updates with the latest news.