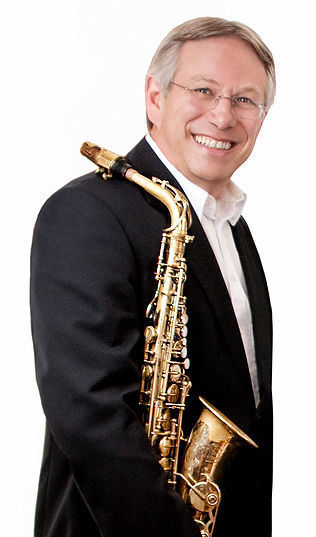 Save to your Calendar

Chris Millington graduated from the University of Ottawa, with a bachelor of music in performance. He then entered Boston's prestigious Berklee College of Music. There Chris studied with world renowned instrumentalist Joe Viola. At age 22, Chris won an audition for the principal saxophone position in the Central Band of the Canadian Armed Forces, Canada's premier military band. Chris performed for ten years in the Canadian governments' top diplomatic musical ensemble. In 1988, Chris was promoted and posted to the Naden Band of the Royal Canadian Navy Victoria BC where he assumed the position of Director of the navy's jazz ensemble, The Tradewinds Jazz Orchestra.

Throughout Chris's career he has toured with and led musical ensembles across North America, Europe, Cyprus, the Pacific Rim and Russia. He has performed for the CBC, CTV and Global television networks, numerous radio jingles, theatre shows, and jazz festivals. His music has also been played on "Emmerdale" the second longest sitcom after "Coronation Street" in the UK. Chris produced his premier release "day waves", followed by "Boppin at the Bengal Lounge", "The Christmas Album" and his latest "Back to the Basics". Chris's music can be heard daily on Stingray Smooth Jazz.

Subscribe to receive email updates with the latest news.